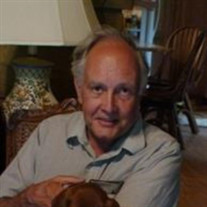 William “Bill” Christopher Worrell, Jr., 81, of Weatherly, formerly of Pineville, W.Va., passed away on Friday, January 15, 2021 at Heritage Hill Senior Community. Bill was a native of Pineville, W.Va., He attended the public schools of Pineville, Wyoming County, W.Va. He earned his bachelor of arts degree from Florida State University, Tallahassee, Florida, and a master of arts degree from West Virginia University, Morgantown, W.Va. From 1964 to 1968, he served as an instructor in Psychology in the University of Northern Iowa, Cedar Falls, Iowa and was a teaching fellow from 1964 to 1968, he served as an instructor in psychology at the University of Northern Iowa, and from 1969 to 1970 at Kent State. Prior to joining the Kutztown State College staff Bill was on the faculty of Radford Va., College as an assistant Professor from 1970-1972. In addition, he worked during the summers of 1962-1963 at the Huntington, W.Va., State Hospital. Bill’s fondest memories are from his childhood. He made every effort to attend as many high school reunions as he could to see many of his classmates. He cherished his friendships from his elementary and high school years. Bill would make time to return to Pineville to visit with family and friends as he absolutely enjoyed this part of his life. Bill completed a doctoral degree from Kent State; he was on campus on May 4, 1970 where the Kent State Shootings occurred, he had a view from his laboratory window where he saw the shooting. He spoke of this event many times as it was a traumatic event of his life. After graduating with a Ph.D., from Kent state, Bill moved to Topton, Pennsylvania where he remained for over 30 years. He was employed by Kutztown University as a professor in the Psychology Department quickly he moved up the ranks and eventually was appointed the Chair of the Psychology Department. He taught Statistics and Gestalt psychology. The Kutztown University students totally enjoyed Bill’s Gestalt classes because it was hands-on work. He demonstrated the art of therapy using the Gestalt method while the students observed the session. He was remarkable in his technique and I had the pleasure as his wife to attend 14 weeks of his last semester class taught before he retired. Students talked about Dr. Worrell’s Gestalt psychology course outside of class and word spread quickly that this course was great! The Gestalt course always closed early as students discussed how much they learned and enjoyed this type of psychology. Bill retired in the year 2000 from Kutztown University. Every morning you could find him at the Hometown Diner engaging in conversations with many of his friends. Bill loved to golf weekly and traveling within the United States to places like Iowa, West Virginia, North Dakota, Wyoming, Colorado, and Florida. Bill and his father William Christopher Worrell, Sr., both receive the Pineville High School Hall of Fame award. William C. Worrell received his in 1982 and Bill in 1992; which was a great honor for the two of them to share. Survivors: Bill was a loving husband and will be missed by his wife, Nixa Worrell and his children, Robert, Kevin and Margie Worrell. Due to COVID-19 there will be no services however you may write his page to acknowledge a wonderful husband, father and friend. Contributions: in lieu of cards and flowers contributions can be made in his memory to the Alzheimer’s Association in memory of William C. Worrell, Jr.. Arrangements entrusted to the Philip J. Jeffries Funeral Home & Cremation Services of 211 First Street Weatherly, Pennsylvania. (570) 427-4231 online registry and condolences can be sent by visiting www.griffithsfuneralhomes.com

The family of William C. "Bill" Worrell Jr created this Life Tributes page to make it easy to share your memories.

Send flowers to the Worrell family.