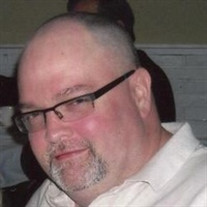 Robert C. "Duff" Duffield, devoted husband, son, brother, of Hudsondale Street Weatherly, Pennsylvania passed away on Saturday, January 13, 2018, at Lehigh Valley Hospital Salisbury Twp. at the age of 52.  Survived by his wife of ten years, Traci Duffield (nee Englehart); mother, Blanche M. (Leipert) Jordan and her husband Eugene of Weatherly; sisters, Patricia Everett of Gulf Port , Mississippi, Debra Baehr wife of Joseph of Jim Thorpe; niece, Amy Kratz; in-laws, Charles and Lollina "Lolly" Englehart of Weatherly.  Born Thursday, May 6, 1965 in Philadelphia, Pennsylvania son of the late Robert Duffield. Bob was also predeceased by his nephew, Dale Kratz.  Bob moved to the Weatherly area at the age of ten. He was a 1984 Weatherly High School graduate, and he managed TJ's One Stop in Weatherly. Bob was an active member of Centenary United Methodist Church in Weatherly helping with numerous church and community fund raisers. Bob enjoyed the commradery of a small town and liked bantering with his customers. He was known to all. An animal lover, Bob adored his dogs Rocky, Apollo, and Adriene. Bob was an ardent Pittsburgh Steelers fan since he was a child.  Funeral arrangements have been entrusted to the Philip J. Jeffries Funeral Home & Cremation services of 211 First Street Weatherly, Pennsylvania 18255. (570) 427-4231. A Funeral service will be held on Thursday January 18, 2018 at 11 o'clock AM from the funeral home, Mr. Charles Englehart to officiate. Friends may call on Wednesday evening January 17, 2018 from 5 to7:00 P.M. at the funeral home, and on the morning of services from 10:00 A.M. until time of services.  Interment will be in Union Cemetery, Weatherly, Pennsylvania.  Memorials to: Carbon County Animal Shelter 77 W 13th St, Jim Thorpe, Pa. 18229  Online condolences may be made to the family at www.griffithsfuneralhomes.com.

The family of Robert "Duff" C. Duffield created this Life Tributes page to make it easy to share your memories.