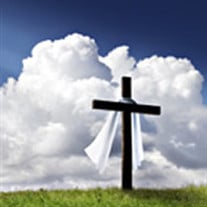 Richard C "Dick" Gregory, Sr., age 72, of S. Lehigh Gorge Dr., Weatherly, died Monday, August 21, 2017, at Lehigh Valley Hospital- Hazleton campus. He is survived by his wife of 46 years, Barbara A. (Dubetsky) Gregory. Dick had worked on the family farm until June 2006, later working for Chris Lupini Trucking of Nescopeck. He was a member of Zion Evangelical Lutheran Church, Weatherly. Dick was a Weatherly High School graduate. He enjoyed the outdoors, traveling and working in his yard. Born in Hazleton on February 4, 1945, he was the son of the late Robert E. Gregory and the late Mildred (Richie) Gregory. He is also survived by his son, Dr. Richard C Gregory, Jr. and his wife Karla of Framingham, MA; brothers, Robert Gregory and his wife Linda of Bel Aire, MD; James Gregory and his wife Paula of Weatherly; his beloved grandson, Connor George Gregory. Arrangements have been entrusted to the Philip J. Jeffries Funeral Home and Cremation Services, 211 First Street , Weatherly, PA where the family will receive friends from 9:30 AM to 11:00 AM, Saturday, August 26, 2017. Memorial Service will be at Phiip J. Jeffries Funeral Home & Cremation Services at 11:00 AM, Saturday, August 26, 2017, Reverend Dawn Richie officiating. Interment will be at Union Cemetery, Weatherly. Online Registry and Condolences may be signed at www.griffithsfuneralhomes.com.

The family of Richard "Dick" C. Gregory created this Life Tributes page to make it easy to share your memories.