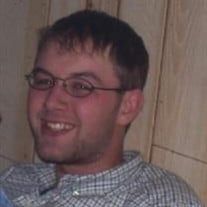 Michael H. Startzel, 36 years of age, of Mahanoy City, Pennsylvania was pronounced deceased on Friday, March 26, 2021, in Mahanoy Township after being declared missing in mid February. Born Tuesday, May 15, 1984 in Pottsville; he is survived by; mother, Denise Marie Rosohac and her companion Robert Fitzpatrick; father, Howard W. Startzel II and his wife Donna; sisters, Christina Marie Startzel, Monica A. Kotzmoyer and her companion Michael Spirko; brother, Nathaniel Kotzmoyer; maternal grandmother, Rosemary "Cookie" Rosohac; step sisters, Angelique Parsons and her husband Greg Goldberg, Patricia Vermillion - Peirce and her husband Chris. Michael was a loving uncle to his nieces Lidia Alizé , Leah Ann, Laiciah Marie , Janessa Rose, Isabella Natividad, Kaylissa Nicole and nephew Logan Angelo; Aunts, uncles also survive. His love for them was far more than just a uncle, he played a far bigger role for his sister children, he loved being around them, they really gave him the strength to confront his own battles. He stayed strong for them. Michael did lose some of his battles but he also won many while still maintaining his smile. Michael was predeceased by his brother, Cassidy Robert Startzel. Michael had a strong faith in his Lord. He enjoyed long walks, listening to music, watching professional wrestling, and the companionship of his animals. He will be greatly missed by all. Arrangements entrusted to the E. Franklin Griffiths Funeral Home & Cremation Services, Inc. of 655 East Broad Street Tamaqua, Pennsylvania 18252. (570) 668-2550 Graveside services to be held on Saturday April 11, 2021 at 10 o'clock A.M. Sky-View Memorial Park Tamaqua, Pennsylvania. Online condolences may be made to the family at www.griffithsfuneralhomes.com

Michael H. Startzel, 36 years of age, of Mahanoy City, Pennsylvania was pronounced deceased on Friday, March 26, 2021, in Mahanoy Township after being declared missing in mid February. Born Tuesday, May 15, 1984 in Pottsville; he is survived... View Obituary & Service Information

The family of Michael H. Startzel created this Life Tributes page to make it easy to share your memories.

Send flowers to the Startzel family.