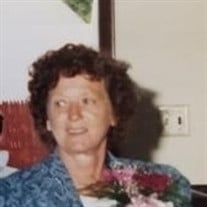 Mary Jennie Lech, of Quakake Road, Weatherly, Pennsylvania passed away on Tuesday, December 12, 2017, at the home of her daughter Mary-Jo in Weatherly, Pennsylvania at the age of 81.  The widow of Leonard L. Lech, she is survived by; daughters, Tina M. Cuth wife of Richard, Jr. of Walnutport, Mary-Jo Minich of Weatherly, sons, Leonard Lech and his wife Nancy of Hazleton, Paul W. Lech and his wife Terry of Weatherly; sister, Elizabeth "Betty" Murphy of SC.; 10 grand children; 6 great grand children.  A graduate of Weatherly High School, Mary was Lutheran by faith. She grew up on her families Dairy Farm in Packer Township the daughter of the area milkman. Mary was a member of the Mountain Trail Riders Club.  Born Monday, April 13, 1936 in Hazleton, Pennsylvania the daughter of the late Stanley, and Alva Leininger. She was also predeceased by a daughter, Brenda Snyder in 1981; sister, Ruth Leininger; brother, Stanley Leininger; son-in-law, Thomas C. Minich.  Funeral arrangements have been entrusted to the Philip J. Jeffries Funeral Home & Cremation Services of 211 First Street Weatherly, Pennsylvania 18255. (570) 427-4231  A Rememberance service will be held on Friday evening December 15, 2017 at 8 o'clock P.M. from the funeral home. Friends may call from 6:00 P.M. until time of services. Rev. Dawn Richie to officiate.  Memorials in her honor to: Foundation 58, Inc. P.O. Box 382 Hazleton, Pennsylvania 18201  Online condolences may be made to the family at www.griffithsfuneralhomes.com

The family of Mary Jennie Lech created this Life Tributes page to make it easy to share your memories.

Send flowers to the Lech family.