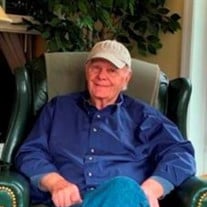 Larry John Musselman was born 13 January 1942 in Pottsville, Pennsylvania to Edwin Musselman and Verna Mae (née Houser). Larry grew up with a tight group of friends, who could frequently be found fishing, hunting and playing football. Upon graduating Tamaqua High School in 1960, Larry answered the call of duty to his country and joined the United States Air Force. His service took him from his Pennsylvania hometown to Texas for training, before deploying to India, Pakistan, Germany and France. He frequently regaled the “good ole days” in stories to his family. Upon his honorable discharge at the end of his service, Sergeant Musselman continued to look after his country. Moving to Connecticut, he worked for Pratt & Whitney building and repairing jet engines for 38 years. It was during his move to Connecticut that he met his great love, Judy Elizabeth (née Poirier). They married 6 November 1965 in Waterbury, CT. Upon retirement from Pratt & Whitney, Larry returned home to Andreas, PA to his father’s favorite place on earth. Larry unexpectedly passed away in the early hours of 21 December 2021 at home alongside his wife. Larry leaves behind his loving wife of 56 years, Judy, their adopted four-legged friend, Smokey the Swampcat, and their sons John Musselman (Beaufort, South Carolina) and Scott Musselman (Goshen, CT), as well as daughter-in-law, Jill Musselman (née Groody). Larry also leaves behind his greatest achievements, his grandchildren - Spencer Musselman (Goshen, CT), and Christopher Musselman (Charleston, South Carolina), and Sara Musselman (Litchfield, CT). His legacy remains with his kindred spirit and pride and joy, Chloe Musselman Beyus (Litchfield, CT), his great-granddaughter. Larry was an avid Pittsburgh Steelers fan and fulfilled his lifelong dream of visiting Heinz Stadium this August with his family where he saw Ben Rothelisberger play. Larry touched the lives of all he met - whether in friendship, love, loyalty or laughter. All who knew him have been blessed to call him a friend, husband, father, grandfather, and great-grandfather. He will be incredibly missed and already the world feels too quiet without his laugh. Private arrangements entrusted to the Robert S. Nester Funeral Home & Cremation Services, Inc. of 2066 West Penn Pike New Ringgold, Pennsylvania 17960. Private Interment with Military Honors Sky-View Memorial Park Tamaqua, Pennsylvania. Online condolences or a fond memory of Larry can be expressed by visiting www.griffithsfuneralhomes.com

Larry John Musselman was born 13 January 1942 in Pottsville, Pennsylvania to Edwin Musselman and Verna Mae (née Houser). Larry grew up with a tight group of friends, who could frequently be found fishing, hunting and playing football. Upon graduating... View Obituary & Service Information

The family of Larry John Musselman created this Life Tributes page to make it easy to share your memories.

Send flowers to the Musselman family.