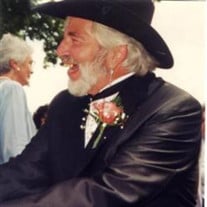 Keith Brian Wesley,78, of New Ringgold, Pennsylvania passed away quietly at home on June 25, 2021 with his family by his side.  Born on May 9, 1943 in Phoenixville, Pennsylvania, he was the son of the late Henry and Frances, née Guthrie, Wesley. Mr. Wesley was proud of his maternal Blackfoot Native American heritage. He was passionate about their supernatural belief in nature. Keith was an avid outdoorsman, loving the sport of hunting and fishing. Keith shared his love of the outdoors with his beloved Labrador retrievers.              Mr. Wesley graduated from Phoenixville High School in 1960. He proudly served in the United States Armed Forces active service as a Navy Seal during the Vietnam War from 1960 through 1964, ending reserve service in 1967. Keith was a member of the Tamaqua Lodge F& M #238, Valley of Bloomsburg and Schuylkill Shrine. He was also a member of the Lehighton Legion Post 314, Little Acorn hunting club and West Penn Fire Co. 1.          Keith had a varied career during his lifetime starting as an airplane mechanic at Wings Field Airport after returning home from the war. He then went on to work as a Philadelphia Police Officer. Keith devoted most of his career working as an Equipment Manager for Allan A. Myers, Inc. and Savage Construction. A family business pulled his interest into long-haul trucking. He loved his time as a Mountain Manager at Jack Frost Ski Resort. Mostly, Keith enjoyed the opportunity to meet people as a cashier at Hometown Walmart.     He leaves behind his wife of twenty-three years, Janice "Jan" (Randolph) Wesley; daughter, Connie Wesley-Tartini (husband Michael, Esquire, son, Keith Owen Wesley (wife, Cindy), son, Cheyenne Wesley, daughter, Raven Wesley, step-son, Jay (wife, Mirna) Nuzum of Round Rock, Texas, brother-in-law Richard Raichle and niece, Lora Lee Thomas. Mr. Wesley was predeceased by his sister,Sharon Raichlel, his son, Christopher and step-son, James. Keith leaves behind seven grandchildren; Caroline, Michael, and Emma Tartini; Bryan, Jason, Jake and Jenna Wesley and Jay; step-grandchildren, Jaymee and Jonathon Nuzum. Funeral arrangements have been entrusted to the Robert S. Nester Funeral Home & Cremation Services, Inc. of 2066 West Penn Pike New Ringgold, Pennsylvania 17960. (570)386-5884  Funeral Services will be held on Thursday July 1, 2021 at 11:30 A.M. from the funeral home.  Friends may call on Wednesday evening June 30, 2021 at the funeral home from 6:30 P.M. to 8:30 P.M., and on the morning of services from 10:30 A.M. until the time of services.  Interment with Military Honors to be bestowed will take place at 2 o'clock P.M.at  Ft. Indiantown Gap National Cemetery Annville,Pennsylvania.  Memorials in Keith's name may be made to: USO P.O. Box 96860 Washington, DC2077-7677 Online condolences or a fond memory of Keith can be expressed by visiting wwwgriffithsfuneralhomes.com

Keith Brian Wesley,78, of New Ringgold, Pennsylvania passed away quietly at home on June 25, 2021 with his family by his side.  Born on May 9, 1943 in Phoenixville, Pennsylvania, he was the son of the late Henry and Frances, née Guthrie, Wesley.... View Obituary & Service Information

The family of Keith B. Wesley created this Life Tributes page to make it easy to share your memories.

Send flowers to the Wesley family.