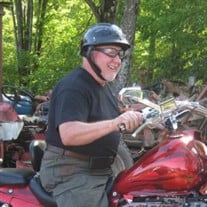 New Ringgold Mayor John P. "Jack" Belsak, passed away on Friday, June 25, 2021, in the loving care of his family, having fought a courageous battle against cancer at 72 years of age. Born Wednesday, January 5, 1949 in Tuscarora, the son of the late Paul J. "Prox" Belsak and Beatrice A. (Kistler) Belsak. Surviving are; his wife of 46 years, Barbara L. (Trump) Belsak; sons, Jesse P. Belsak wife April of Jonestown, Andrew J. Belsak and his wife Diann of New Ringgold; daughters, Naomi Belsak with George Beiswinger, and granddaughter Emma, with whom he was able to spend a lot of quality time with over the past couple of years, all of New Ringgold; Jennifer Hillegas and Jeana Sweeney; brothers, Paul J. "Bud" Belsak, Jr. and his wife Susan of New Ringgold, Leo C. Belsak and his wife Nadine of New Ringgold; grandchildren, Rachel Stephens, husband Brian and daughter Isabelle (great granddaughter to Jack), Tabitha Belsak, Caleb Belsak. A Blue Mountain High School graduate, Jack served his country honorably in the Army and Air National Guard, for over 31 years retiring as Senior Master Sergeant (E-8). He had numerous overseas deployments during his career. During his decades of service to the country, Jack served in many leadership roles. As a Senior Non-Commissioned Officer, he was often responsible for the wellbeing of all the troops. One particular overseas deployment embodies the type of leader Jack was. Operation Bright Star, Egypt 1997, was particularly remote and austere. Jack was responsible for the safety, feeding, and performance of the entire squadron, to include being a liaison with other services. He believed in a people first, mission always philosophy. His lead by example and positive attitude directly impacted the success of the deployment. This is just one example over the span of an entire career. Jack was the one you wanted with you to be successful. His experience and knowledge across a wide variety of subjects, coupled with his mission first attitude, was infectious to whatever team he was part of. He believed that there was nothing he was not capable of and proved that time and time again. He is a testament to the uniform and the country he served! Jack was instrumental in building the Sgt's Grove picnic area and Keystone Lodge at Ft. Indiantown Gap in Annville. Upon his discharge Jack held many different positions working for the State. Jack owned the former ARCO gas station in New Ringgold, and co-owned The Ringgold Inn with his brothers, previously owned by his parents. A member of Friedens Lutheran Church, Jack was also a lifetime member of the Middleport American Legion Post 144, New Ringgold Fire Company, and West Penn Rod & Gun Club. Jack also maintained memberships in the V.F.W, Lions, Keystone Club and Moose Lodge. He found great joy in supporting community projects with various organizations. Funeral Arrangements have been entrusted to the Robert S. Nester Funeral Home & Cremation Services, Inc. of 2066 West Penn Pike New Ringgold, Pennsylvania 17960. (570) 386-5884 A viewing will be on Thursday, July 1,2021, from 5 P.M. to 7 P.M., and on the morning of July 2, 2021 from 10:00 A.M. until the time of services. A funeral service will be at 11:00 A.M. on Friday July 2, 2021 from the funeral home. Interment will be in Frieden Lutheran Church Cemetery of New Ringgold. Military honors to be bestowed. Memorials in his name to: Pennsylvania Wounded Warriors 1117 Country Club Road Camp Hill, Pennsylvania 17011 Online condolences may be made by visiting www.griffithsfuneralhomes.com

New Ringgold Mayor John P. "Jack" Belsak, passed away on Friday, June 25, 2021, in the loving care of his family, having fought a courageous battle against cancer at 72 years of age. Born Wednesday, January 5, 1949 in Tuscarora, the son of... View Obituary & Service Information

The family of John P. "Jack" Belsak created this Life Tributes page to make it easy to share your memories.

Send flowers to the Belsak family.