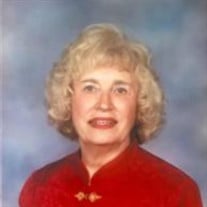 Joan  (Zulick)  Mueller, beloved mother, grandmother, sister,  a longtime resident of Clamtown, Tamaqua, passed away peacefully on Tuesday, March 23, 2021, at Heritage Hills Sr. Living in Weatherly;, having been a guest for the past 4 years. Joan was born at home in Nesquehoning, Pa. on January 17, 1930 to Mike Zulick of Nesquehoning and Esther Kotis of Coal port, Pa. She is one of 3 children. Two older sisters; Pauline, who is deceased, and Bernice who lives in California. She attended St. Joseph’s grade school in Jim Thorpe but graduated from Nesquehoning High School in 1947. Her father, who was the President of the School Board at the time, was proud to congratulate her and hand her the diploma. Joan married Thomas Mueller of East Mauch Chunk in 1950 at ST. Josephs’ Church in Jim Thorpe. They were happily married until his passing in 1990. They had 2 children, Edward Mueller and his wife Brenda, Janet Karee, both who reside in Mississippi. She is regarded as “Nanny” to 2 grandchildren, Corey and Lindsey Mueller, and a great “Nanny” to Essence Mueller. Joan is also survived by nieces, Joan Marie Mispley who is also her goddaughter wife of Jack, and Kristine Agardi. As a law librarian she worked for the Carbon County Courthouse for 10 years under the direction of the late Judge James McCready. She also worked for the Tamaqua Post Office for 23 years and called South Tamaqua home for 60 years until she moved to Heritage Hill in 2018. She loves agriculture and was an avid gardener. Joan was a member of St. John XXIII R.C.C. of Tamaqua. Joan loved to socialize with friends, and would at time visits to visit Wegmans to coincide with them, Funeral Services have been entrusted to the E. Franklin Griffiths Funeral Home & Cremation Services, Inc. of 655 East Broad Street Tamaqua, Pennsylvania 18252. (570) 668-2550 A Celebration of Joans Life will be held on April 1, 2021 at 11 o'clock A.M. from the funeral home.  Friends may visit from 9:30 A.M. until time of services. Interment St. Joseph's R.C.C. Cemetery Jim Thorpe, Pennsylvania. Online condolences may be made to the family at www.griffithsfuneralhomes.com

Joan  (Zulick)  Mueller, beloved mother, grandmother, sister,  a longtime resident of Clamtown, Tamaqua, passed away peacefully on Tuesday, March 23, 2021, at Heritage Hills Sr. Living in Weatherly;, having been a guest for the past 4 years. Joan... View Obituary & Service Information

The family of Joan Mueller created this Life Tributes page to make it easy to share your memories.

Send flowers to the Mueller family.