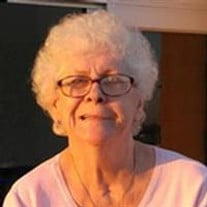 Helen L Reed, age 74, of Weatherly, formerly of Halifax, PA died Tuesday, September 12, 2017, at Weatherwood Nursing Home, Weatherly, PA. Born in Harrisburg on March 20, 1943, she was the daughter of the late George and Anna (Hurst) Reed. Helen was a Registered Nurse. She was a devout Christian who followed the Word of God. She enjoyed crocheting. She is survived by her Daughter, Tammy Fornwalt wife of Charles of Middletown; Sons, David Scheckler and his wife Patricia of Hamilton, NY; Clifford Scheckler and his wife Alana of Hamilton, NY; Brothers, James, Frank, Joseph and Robert Reed; Sisters, Margaret Williams, Grace Tolbert, Florence Ostrander and Kate Reed; Five Grandchildren Three Great-Grandchildren. She was preceded in death by her brothers, Ronnie and William Reed.  Arrangements have been entrusted to the Philip J. Jeffries Funeral Home and Cremation Services, 211 First Street , Weatherly, PA. Graveside Service will be held on Saturday, September 16, 2017 at 11 o'clock AM at Union Cemetery, Weatherly, PA. Online Registry and Condolences may be signed at www.griffithsfuneralhomes.com.

The family of Helen L Reed created this Life Tributes page to make it easy to share your memories.

Send flowers to the Reed family.