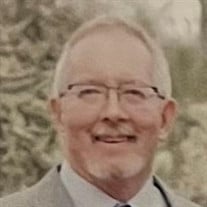 Craig Walters, Sr., husband, father, owner of Walters Monument Co., of Tamaqua, Pennsylvania passed away peacefully on Friday, October 29, 2021, at home in the loving care of his wife of 41 years, Helen M. (Heiney) Walters after a courageous battle against cancer at 65 years of age. Born Wednesday, March 7, 1956 in Lehighton, Pennsylvania the son of the late Benjamin, and Ruth (Robertshaw) Walters. Surviving in addition to his wife Helen, are; his children, Tiffany Walters of New York, NY, Craig "CJ" Walters, Jr. and his fiancée Stephanie La of Summit Hill; Brittany (Walters) Coleman, wife of Sean of Tuscarora. A 1974 graduate of Tamaqua Area High School Craig earned his associate degree in accounting from L.C. C. College. Craig accepted an accounting position with Summit Hill Marble & Granite; however, soon realized his calling was in sales. Craig worked there as an accountant until acquiring the company in 1984. He acquired Hazleton Monument Company in 2001, and grew his business to cover all of North Eastern Pennsylvania. C.J. and his family will continue running the monument companies. Craig was a member of American Hose Fire Company, Odd Fellows, Boy Scouts 776, and served as Past Master of Masonic Lodge F&AM 238 all of Tamaqua. Craig was an accomplished bowler participating in a number of Schuylkill County bowling leagues. He was an avid fisherman, enjoyed golfing, and shooting pool. He was a member of the Atlas Summer Golf League at White Birch Golf Course. Both Craig and Helen enjoyed many yearly trips to Disney World with the kids and Mexico. Craig was an ardent Penn State and Philadelphia Eagles Football fan. A tireless worker and successful entrepreneur, nothing mattered more to Craig than his wife, and children. Craig always said don't say goodbye, say see you later. Craig realized his time was about to run out, so his reply, "I'll see you later". Funeral arrangements entrusted to the E. Franklin Griffiths Funeral Home & Cremation Services, Inc. 655 East Broad Street Tamaqua, Pennsylvania 18252. (570) 668-2550 Funeral Services will be held on Wednesday evening November 3, 2021 at 8 o'clock P.M. from the funeral home. Friends may call from 6:00 P.M. until the time of services. Rev. Fred T. Crawford to officiate. Memorials in his name to: https://www.stjude.org https://www.crittercavalry.com/support https://www.rmhc.org Online condolences may be made to the family at www.griffithsfuneralhomes.com

The family of Craig Walters Sr. created this Life Tributes page to make it easy to share your memories.

Send flowers to the Walters family.