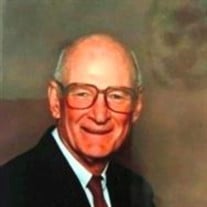 Charles Graydon “Gray” Rogers, passed away peacefully on June 25, 2021 in Vero Beach, FL., where he had lived full-time since 2012. He was 91. Known for his warm smile, magnanimous spirit and gracious manner, Gray approached life with optimism, grit and strength. Born in Hamburg, NY, Gray grew up in Ridgewood, NJ, and graduated from The Peddie School in Hightstown, NJ. Ever an athlete, he was captain of the varsity tennis team at Bucknell University and also President of the Kappa Sigma fraternity. It was during his Bucknell years that Gray met and wooed his future wife, Mary “Mollie” Edwards. They were married in 1951 and remained together until her death in 2016. Gray was a Lieutenant JG in the United States Navy serving during the Korean War. Following his service, he graduated from The Wharton School of Business with an MBA in Finance and then joined the Delaware Management Company in Philadelphia. He and Mollie lived in Philadelphia for several years before relocating their growing brood to the Morristown, NJ area in the early 1960’s where they remained for almost 50 years. During those decades, Gray worked at several Wall Street companies, co-founding W.P. Stewart & Co., an investment management firm in 1975. He reached his goal of “working into the new millennium” and then retired from his position as President of W.P. Stewart, in 2000. Gray was a nature lover, conservationist and philanthropist . He was on the board of the New Jersey Land Conservancy for a decade, eventually serving as its chairman, and was instrumental in the organization’s growth from a small regional entity to a national leader in land conservation. He was an elder of The Presbyterian Church in Morristown for many years and active in numerous other non-profit organizations throughout his life. Gray was a passionate athlete and brought competitiveness to a new, though always gentlemanly, level. After a football injury severely damaged his knee in high school, he moved on to tennis and paddle tennis – always wearing his signature heavy-duty metal-hinged brace. Mollie nicknamed him “The Warrior”. Golf became a passion in his later years – no knee brace required there. Gray and Mollie were long-time members of the Morris County Golf Club and The Morristown Field Club in New Jersey, and additionally, of the Orchid Island Golf & Beach Club and in Vero Beach. Gray is survived by his children Bronwyn Parlette (Dave), David Rogers (Maureen), Stacy Golding (Rob) and Stuart Rogers (Brooke); his grandchildren Christopher Golding (Pamela), Alexandra Marcotty (Phil), Chase Rogers (Alexander Benoit), Catherine Golding, Samantha Mathurin (Jean Michael), Graydon C. Rogers; and seven great grandchildren. In addition to his wife, Mollie, Gray was preceded in death by his brothers John, William and David Rogers. A private graveside service will be held for immediate family. Should friends desire, memorial contributions may be made to The New Jersey Land Conservancy, 19 Boonton Ave., Boonton NJ 07005 or to the VNA and Hospice Foundation, 1110 35th Lane, Vero Beach, FL. 32960. Arrangements entrusted to the E. Franklin Griffiths Funeral Home & Cremation Services, Inc. of 655 East Broad Street Tamaqua, Pennsylvania 18252. (570) 668-2550 online condolences or a fond memory of Gray can be expressed by visiting www.griffithsfuneralhomes.com

Charles Graydon &#8220;Gray&#8221; Rogers, passed away peacefully on June 25, 2021 in Vero Beach, FL., where he had lived full-time since 2012. He was 91. Known for his warm smile, magnanimous spirit and gracious manner, Gray approached... View Obituary & Service Information

The family of Charles Graydon Rogers created this Life Tributes page to make it easy to share your memories.

Send flowers to the Rogers family.