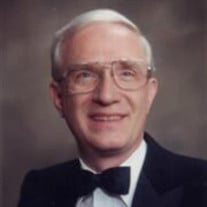 Charles L "Chuck"Klingaman, 74 of Hometown, ended his journey on earth on Tuesday, December 14,2021 at St Luke’s Hospital in Bethlehem after a courageous battle with Covid which he contracted while in the hospital. Born in Palmerton the son of the late Catherine Elizabeth (Liz)(Hirsch) and William K. Klingaman, Sr. on July 26, 1947.Charles was also predeceased by; brother, William K. Klingaman, Jr in 2009 and a baby sister. Chuck is survived by; his beloved wife,  Catherine(Cicula) Klingaman, formerly from Hazleton who has been by his side for 43 years of marriage; daughter, Valerie Klingaman and her fiancée Sean Skeath of Quakake; brother,  Wayne Klingaman and his wife Terri of Owl Creek; Sister-In-Law, Olivia (Libby)Klingaman of Tamaqua;  Nephews, Eric Klingaman a godson, Christopher Klingaman  and his wife Kristen; nieces: Lisa Nallon andher husband Brian,  Jill Reilly and her husband Daniel; godson,  David Naiko;  12 Great nieces/nephews; Cousins Janeen Konnyu and husband Rob of DE, and Janet Hirsch of Newton Falls, OH.Chuck is a life-long resident of Tamaqua, where he graduated from Tamaqua High School,Class of 1965.  He is a member of Zion Evangelical Lutheran Church, Tamaqua, and  life member of American Hose Company, Tamaqua. Chuck and his brothers owned and operated the Klingaman Office Supply business located in Tamaqua, which they took over ownership and daily operation of when their father became a member of the Pa House of Representatives in 1972.  The brothers expanded  Klingaman’s Office Supply to a Pottsville location  and remained in business until late 2016.  After retiring in 2016, he and his wife Cathy opened Penn Train and Hobby, LLC located in Pottsville as a semi-retirement venture.  Chuck was very active in the Masonic Fraternity, both locally and statewide. He was amember of Tamaqua Lodge #238 where he served as Past Master in 1978 and again in 1984. He served as a District Deputy Grand Master from 1998 – 2004 for the Grand Lodge of Pennsylvania. He was a member of Tamaqua Royal Arch Chapter #177 where he was a Past High Priest, then serving as a District Deputy Grand High Priest from 1990 – 1996. He served the state of PA as Most Excellent Grand High Priest from 2013 – 2014 where he and his wife Cathy, enjoyed many trips throughout the state and visiting neighboring states representing PA.  He was a Past Commander of Ivanhoe Commandery#31, a Past Thrice Illustrious Master of Anthracite Council # 62, Hazleton, a Past Master of Keystone Frei Maurer Mark Lodge No 400, Reading.  He was a member of Caldwell Consistory in Bloomsburg, where he served as Commander-In-Chief 2018-2019.  He was coronated a 33rd degree Master Mason in August of 2012 in Cleveland, OH. Other Masonic affiliations include member Schuylkill Council No 265 Allied Masonic Degrees; Erin Council #6Knight-Masons; PA York Rite College #11, Shamokin; Red Cross of Constantine –St James Conclave, Shamokin; Penn Priory No. 6 , Knights of the York Cross of Honor (KYCH), Northeast Council #74 Knight Masons, Hazleton. Chuck enjoyed summers at the family cabin on Lake Wallenpaupack with his faithful yellow lab Holly. Funeral arrangements have been entrusted to the E. Franklin Griffiths Funeral Home & Cremation Services, Inc. of 655 East Broad Street Tamaqua, Pennsylvania 18252. (570) 668-2550 Funeral services will be held on Tuesday December 21, 2021 at 11 o'clock from the funeral home, Rev. Cindy White to officiate. Friends may call on Monday evening December 20, 2021 from 5 to 7:00 P.M.,and on Tuesday morning from 10:00 A.M. until time of services. Masonic Services Monday evening December 20, 2021 at 7 o'clock P.M. Interment Odd Fellows Cemetery Tamaqua, Pennsylvania. Memorials in Chucks name to: Grand Chapter of PA In Memory of C.L.K. (Please designate a Ronald McDonald House of your choice) 1 North Broad Street Philadelphia, Pennsylvania 19104 or Ruth Steinert Memorial S.P.C.A. 18 Wertz Drive Pine Grove,Pennsylvania 17963 Online condolences or a fond memory of Chuck can be sent byvisitingwww.griffithsfuneralhomes.com

Charles L "Chuck"Klingaman, 74 of Hometown, ended his journey on earth on Tuesday, December 14,2021 at St Luke&#8217;s Hospital in Bethlehem after a courageous battle with Covid which he contracted while in the hospital. Born in Palmerton the... View Obituary & Service Information

The family of Charles L. "Chuck" Klingaman created this Life Tributes page to make it easy to share your memories.

Send flowers to the Klingaman family.