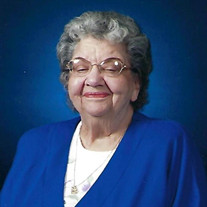 Anita Ruth Essington, age 96, of Tamaqua, PA and Pittsboro, NC, died on October 23, 2021 after a brief illness. A wife, mother, grandmother, and great-grandmother, she was the daughter of Howell Dietrich and Catherine Wirtz. Following her mother’s death as an infant, she was raised by her grandparents, Jacob and Sally Dietrich, at 509 Washington Street, where she resided for the next 92 years. Ruth was a 1942 Honors graduate of Tamaqua High School, and worked for the Prudential Insurance Company prior to getting married and starting a family. She married Raymond R. Essington in 1947 and was married for 65 years until his death in 2012. While raising her family, Ruth an active volunteer in many community associations, including the North Ward Playground, Knee-Hi Football, Tamaqua PTA, and Crime Watch. She was an Eastern Star member for more than 60 years. A lifelong member of Trinity United Church of Christ, she served on the Consistory as a Deacon, Elder, and Elder Emeritus. She was also a former choir member and Sunday School teacher, and served on numerous church committees. Ruth was Secretary of the Tamaqua Area Chamber of Commerce and TIDE Board for 27 years. She was also the Secretary of the Tamaqua Planning Commission and Zoning Hearing Board. Ruth was named the Tamaqua Citizen of the Year in 1995. In addition to her husband, she was preceded in death by an infant son, Donald S. Essington and son Joel R. Essington, Sr. She is survived by her son Raymond W. Essington and wife Beth, grandsons R. Andrew Essington and wife Kelly and Joel R. Essington, Jr. and wife Ashley, great-grandsons Jack and Will Essington, as well as friends and neighbors on Washington Street In lieu of flowers, the family requests memorials to Trinity United Church of Christ, Lafayette St. Tamaqua, PA or Tamaqua Meals on Wheels Program. Arrangements and service are in charge of the E. Franklin Griffiths Funeral Home, Tamaqua, PA

Anita Ruth Essington, age 96, of Tamaqua, PA and Pittsboro, NC, died on October 23, 2021 after a brief illness. A wife, mother, grandmother, and great-grandmother, she was the daughter of Howell Dietrich and Catherine Wirtz. Following her mother&#8217;s... View Obituary & Service Information

The family of Ruth Essington created this Life Tributes page to make it easy to share your memories.

Send flowers to the Essington family.